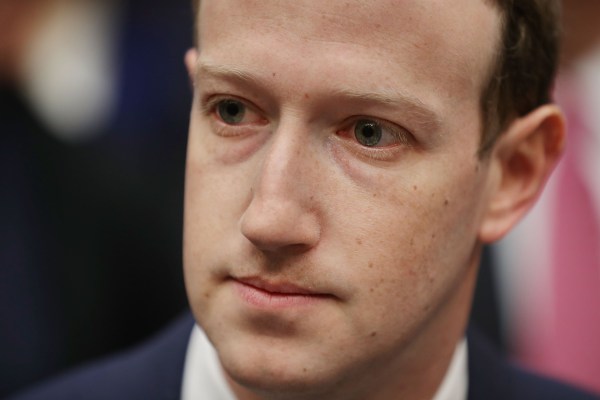 It’s 2020 — a key election year in the US — and Facebook is doubling down on its policy of letting people pay it to fuck around with democracy.

Despite trenchant criticism — including from US lawmakers accusing Facebook’s CEO to his face of damaging American democracy — the company is digging in, announcing as much today by reiterating its defence of continuing to accept money to run microtargeted political ads.

Instead of banning political ads Facebook is trumpeting a few tweaks to the information it lets users see about political ads — claiming it’s boosting “transparency” and “controls” while leaving its users vulnerable to default settings that offer neither.

Political ads running on Facebook are able to be targeted at individuals’ preferences as a result of the company’s pervasive tracking and profiling of Internet users. And ethical concerns about microtargeting led the UK’s data protection watchdog to call in 2018 for a pause on the use of digital ad tools like Facebook by political campaigns — warning of grave risks to democracy.

Facebook isn’t for pausing political microtargeting, though. Even though various elements of its data-gathering activities are also subject to privacy and consent complaints, regulatory scrutiny and legal challenge in Europe, under regional data protection legislation.

Instead, the company made it clear last fall that it won’t fact-check political ads, nor block political messages that violate its speech policies — thereby giving politicians carte blanche to run hateful lies, if they so choose.

Facebook’s algorithms also demonstrably select for maximum eyeball engagement, making it simply the ‘smart choice’ for the modern digitally campaigning politician to run outrageous BS on Facebook — as long time Facebook exec Andrew Bosworth recently pointed out in an internal posting that leaked in full to the NYT.

This is an entirely nuance-free argument that comedian Sacha Baron Cohen expertly demolished last year, pointing out that: “Under this twisted logic if Facebook were around in the 1930s it would have allowed Hitler to post 30-second ads on his solution to the ‘Jewish problem.’”

Facebook responded to the take-down with a denial that hate speech exists on its platform since it has a policy against it — per its typical crisis PR playbook. And it’s more of the same selectively self-serving arguments being dispensed by Facebook today.

In a blog post attributed to its director of product management, Rob Leathern, it expends more than 1,000 words on why it’s still not banning political ads (it would be bad for advertisers wanting to reaching “key audiences”, is the non-specific claim) — including making a diversionary call for regulators to set ad standards, thereby passing the buck on ‘democratic accountability’ to lawmakers (whose electability might very well depend on how many Facebook ads they run…), while spinning cosmetic, made-for-PR tweaks to its ad settings and what’s displayed in an ad archive that most Facebook users will never have heard of as “expanded transparency” and “more control”.

In fact these tweaks do nothing to reform the fundamental problem of damaging defaults.

The onus remains on Facebook users to do the leg work on understanding what its platform is pushing at their eyeballs and why.

Even as the ‘extra’ info now being drip-fed to the Ad Library is still highly fuzzy (“We are adding ranges for Potential Reach, which is the estimated target audience size for each political, electoral or social issue ad so you can see how many people an advertiser wanted to reach with every ad,” as Facebook writes of one tweak.)

The new controls similarly require users to delve into complex settings menus in order to avail themselves of inherently incremental limits — such as an option that will let people opt into seeing “fewer” political and social issue ads. (Fewer is naturally relative, ergo the scale of the reduction remains entirely within Facebook’s control — so it’s more meaningless ‘control theatre’ from the lord of dark pattern design. Why can’t people switch off political and issue ads entirely?)

Another incremental setting lets users “stop seeing ads based on an advertiser’s Custom Audience from a list”.

But just imagine trying to explain WTF that means to your parents or grandparents — let alone an average Internet user actually being able to track down the ‘control’ and exercise any meaningful agency over the political junk ads they’re being exposed to on Facebook.

It is, to quote Baron Cohen, “bullshit”.

Nor are outsiders the only ones calling out Zuckerberg on his BS and “twisted logic”: A number of Facebook’s own employees warned in an open letter last year that allowing politicians to lie in Facebook ads essentially weaponizes the platform.

They also argued that the platform’s advanced targeting and behavioral tracking tools make it “hard for people in the electorate to participate in the public scrutiny that we’re saying comes along with political speech” — accusing the company’s leadership of making disingenuous arguments in defence of a toxic, anti-democratic policy.

Nothing in what Facebook has announced today resets the anti-democratic asymmetry inherent in the platform’s relationship to its users.

Facebook users — and democratic societies — remain, by default, preyed upon by self-interested political interests thanks to Facebook’s policies which are dressed up in a self-interested misappropriation of ‘free speech’ as a cloak for its unfettered exploitation of individual attention as fuel for a propaganda-as-service business.

Twitter announced a total ban on political ads last year — and while the move doesn’t resolve wider disinformation issues attached to its platform, the decision to bar political ads has been widely lauded as a positive, standard-setting example.

Google also followed suit by announcing a ban on “demonstrably false claims” in political ads. It also put limits on the targeting terms that can be used for political advertising buys that appear in search, on display ads and on YouTube.

Still Facebook prefers to exploit “the absence of regulation”, as its blog post puts it, to not do the right thing and keep sticking two fingers up at democratic accountability — because not applying limits on behavioral advertising best serves its business interests. Screw democracy.

“We have based [our policies] on the principle that people should be able to hear from those who wish to lead them, warts and all, and that what they say should be scrutinized and debated in public,” Facebook writes, ignoring the fact that some of its own staff already pointed out the sketchy hypocrisy of trying to claim that complex ad targeting tools and techniques are open to public scrutiny.

This article was syndicated from TechCrunch, the original article can be viewed at http://feedproxy.google.com/~r/techcrunch/social/~3/uV439_cYGGE/